The status you are in today is the reflection of your input.
Laziness is delaying your success and seems to creep on you slowly, which is eating your success unknowingly. Rome was not built overnight, neither any careers you admire.

Why blame the systems, people, situations, and everything else while you are stagnant?

You know, still-water is dead water. It has no life in it. It remains still, not moving in or moving out.

A common phrase says: “You cannot do the same thing and expect to get different results.”

This kind of ‘scenario’ requires a paradigm shift to get results.

According to a study about procrastination, details the findings like this, and the statistics are worrying.

Fact – Laziness affects about 20% of the population worldwide.

Fact – In the last 30 years, the group that suffers from the chronic type of procrastination was just 5% compared to today, which staggers over 26%

Fact – The survey points out that the student population has been affected in between 80% to 95% by this evil called “laziness.”

Fact – It is said that in every 1 person out of 5, procrastination has badly contributed to their job loss, family disintegration, stormy relationship, and poor health. With this trend, bearing in mind the shortest period humans have, how much time have you robbed yourself?

Your family? People who have been waiting for your input in one way or another?

Hard to imagine just how laziness is ignored and yet doing more damage in silence.

So, let’s put more light on this laziness and identify ways in which it’s catching up without minding gender or age bracket:

Yes…You heard me loud and clear. I know you are shocked; how could this be?

I was more shocked than once I learned how laziness is a ruthless animal that devours creativity and people’s livelihood like a lion on fresh meat.

The problem with ‘lifestyle laziness’ is so infectious that the coming generation is born with procrastination genes in their blood system.

What a lifestyle to live? Lazy generation raising another sluggish generation.

Technology is good but also contributing to some evil if not well balanced. I wonder why the evil part is spreading quickly like a bonfire and slowly killing you a slow death, unlike tranquilizer.

Today, you don’t need to cook food naturally; just press microwave buttons, and in minutes, the stuff you wanted is ready. If to warm a hot dog would take you 4 minutes using a pan, the microwave takes 30 seconds.

Seriously, can’t you question the procedures involved. Lifestyle is killing you slowly through laziness while cheating on you to relax and have everything the easy way.

You like to lay on a couch all day with a remote moving from one channel to another. You control everything seated at one spot. Try asking a lame person how it feels to sit at one place for hours/days. Lack of inactivity in your lifestyle piles your body with unnecessary baggage.

When your body gets tired of performing a certain task, it helps your body stay in function. It is the engagements that keep your body in the perfect shape. Sportsmen are always on the move but look at their body shape/health.

We can list and fail to reach an end because technology continues getting tricky each day. This makes you wonder if laziness is delaying your success today; what about tomorrow’s generation?

Everyone Is Allocated 24 Hours Per Day

In life, there is no excuse that you are disadvantaged because of your gender, family background, upbringing, teacher, neighbor, competitor, lack of capital, or any other thing you may think of.

Families have been broken, relationships failed, children lack fees, businesses fail, and dreams get shattered. Why? Somebody in a position of responsibility failed to use their time well.

You were laid off, so what? It does not give you an excuse to laze at home and spend all day under sheets. You are busy chasing girls when you should be studying for your degree. Things did not turn out as expected; keep trying or change your focus.

While you waste time waiting for success to find you, somebody else is toiling not to get something but to keep the hope alive. It is regrettable if you spend your 24 hours complaining instead of working your brain. It is disheartening blaming your failures on others while you have numerous times to prove your worth.

Life is too short; why realize that when you have no time to rectify it. Deny laziness the power to delay your success. The lives lost and lying in the graveyard with nothing to be written on the epitaph due to laziness are unbelievable.

Somebody said, “maximize your potential while alive and go to the grave empty” Don’t you think that is possible?

It is more than possible to realize laziness is delaying your success and act rather than know and ignore.

It is dangerous to live without a plan to guide you. How would it be like waking up and starting a car to drive? You’ll look mad following a road you are not sure where it is taking you.

Be clear about what you want, where you want to go, how to reach there, and the processes that need to be used.

Every man should have a blueprint that determines his future outcome. The blueprint acts as the definition of your life/character. Cease from letting life drive you like a wind. Sit down, and craft a solid plan to steer your today, tomorrow, and days after.

Laziness Is Delaying Your Success For Lack of Goals

Failure to set goals towards your life path is somehow attached to a lack of proper planning. Look here, when heading in a certain direction, you strategize first how to get to your destination. Let’s say you take a taxi to reach you to the railway station, pick your train and then alight near the airport stage to pick your flight as expected.

What is a goal? You may ask. By definition, it is an aimed action that brings the already calculated result. If you ask an ‘O’ level student, what is their goal? They vividly tell you as they imagine it.

Probably your calculation may fail to materialize to what you project. But, setting life goals is part of kicking laziness out of your way. You’ve heard some say if you aim at the sun and fail, you won’t miss hitting the moon target.

So, lack of setting goals is part of letting laziness delay your success. Any success is realized to those who have already identified the steps necessary to take through their career journey.

If you prefer to go on tour to Mt Everest when you should be working on a task? If yes, that is a sign you are distracted. Do you find yourself scrolling Facebook, Instagram & Twitter when you are supposed to finalize a project? You have a distraction sickness.

The only way to fight distraction is to focus and switch them off. Avoid the temptation to entertain any idle thought from shifting you from the current task. Shut social media when working. Stay away from friends who may interfere with your working schedule.

Sometimes it’s hard to resist those distracting you, but the only way to overcome is to say “NO” and make it firm. A distracting friend, sister, or brother can drag you to laziness, and to say No to them is salvaging your career.

Indecisiveness is a silly virus!

You create a good plan for how your day will be like but nothing to show at the end of it. To conquer this enemy is to plan something and decide to see it to the end. Having an indecisive spirit creates a loophole for laziness to set in.

Indecisiveness is the lack of a practical approach to show something happening through a made-up mind. It is fear of being responsible, taking ownership, & consequences that follow.

Another aspect is taking as long as you wait for a perfect option for you to make a move. This may create a tentative step which may lead to procrastination.

When an irresponsible man impregnates a woman, the future is chaotic. When an irresponsible freelancer plays with a career, failure is inevitable. And a better term to call it is ‘laziness of highest order.’ This is laziness that slows your success and can kill even the remaining hope if not addressed.

Failure is not inborn.

Failure is a habit you adopt and keep doing it again & again without changing the outcome.

It kills dreams, visions, ambitions, and make young men with bright future look ugly. Laziness is delaying your success, and only you can cure that.

Failure is a good thing that makes many transform. It awakens many from procrastination after realizing it. But failure birthed by laziness is incurable. The future belongs to those who believe in the beauty of their dreams.

Be active, be separated, keep laziness at bay. 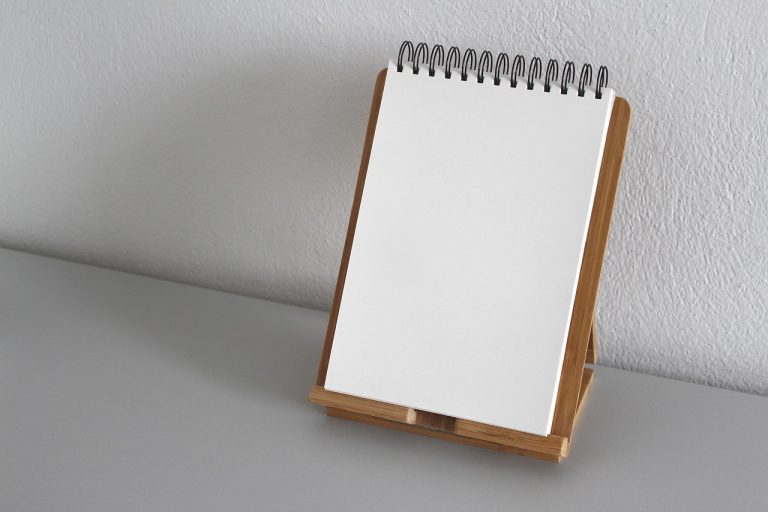 Some say looks are deceiving, others say, looks are everything. So, who is right? Does having effective content mean business? Does it reflect the quality and seriousness of delivery? A million questions can erupt in a bid to search for the right content dressed to provide a response to daily arising challenges. With today’s breaking…